While our auditorium is closed to help slow the spread of COVID-19 the Kenworthy Theatre Board and Staff still remain committed as ever to serving our community through film, theater, and thought provoking programming. Join us in a digital space for our virtual community programming!

Until we meet again in the Kenworthy lobby, let’s keep our film, opera, and theater talk going! Check out all the resources available to us, with a few special deals just for Kenworthy audiences.

We are proud to support the efforts of Oscilloscope Laboratories & Mailchimp in their partnership to launch the #SupportTheShorts platform, a free website now streaming the Official SXSW 2020 Short Films.

While nobody can replace the festival (or, of course, the theatrical experience!), we are glad to see these shorts made available to the world now. Join us in watching and celebrating the achievements of these filmmakers!

Flailing 34-year-old Bridget (Kelly O’Sullivan) finally catches a break when she meets a nice guy and lands a much-needed job nannying six-year-old Frances (played by a scene-stealing Ramona Edith-Williams). But an unwanted pregnancy introduces an unexpected complication. To make matters worse, she clashes with the obstinate Frances and struggles to navigate a growing tension between Frances’ moms. Amidst her tempestuous personal relationships, a reluctant friendship with Frances emerges, and Bridget contends with the inevitable joys and difficulties of becoming a part of someone else’s family. 106 minutes. Drama / Comedy. NR.

How You’re Supporting the Theater

This film is provided by our distributor friends at Oscilloscope and 50% of the ticket proceeds will benefit the Kenworthy Performing Arts Centre! This film is not currently available for public rental or sale.

Click on the button below  to take you to Oscilloscope’s website to purchase a “ticket” to see this film. They will email you a link to the film, which is viewable on any internet-connected device including laptops, tablets and smartphones. If you have the appropriate technology, you may be able to stream this to your television at home from your computer or phone. This link will give you access to the film for 72 hours after it is emailed to you. The charge will appear on your credit card statement as SP Oscilloscope Labs.

Please understand that an Oscilloscope employee is fulfilling these requests manually so you may not receive your link immediately. We may run into some kinks along the way, so we appreciate your patience and understanding. More than anything, we appreciate your support!

A few years from now… Bacurau, a small village in the Brazilian sertão, mourns the loss of its matriarch, Carmelita, who lived to be 94. Days later, its inhabitants (among them Sônia Braga) notice that their village has literally vanished from most maps and a UFO-shaped drone starts flying overhead. There are forces that want to expel them from their homes, and soon, in a genre-bending twist, a band of armed mercenaries led by Udo Kier arrive in town picking off the inhabitants one by one. A fierce confrontation takes place when the townspeople turn the tables on the villainous outsiders, banding together by any means necessary to protect and maintain their remote community. English and Portuguese with English subtitles. 131 minutes. Action / Drama. NR.

This Film Supports the Theater!

This film is provided by our distributor friends at Kino Lorber and a percentage of the ticket proceeds will benefit the Kenworthy Performing Arts Centre! This film is not currently available for public rental or sale.

How this Works: Coming Soon

Watch truly great cinema. Right now. Wherever you are. With no ads. Ever. Cult, classic, and independent films. A new film every day.

MUBI, a curated streaming service for art house and independent films, has partnered with the Kenworthy to bring great cinema to you. MUBI is currently offering 3 months of free streaming access to Kenworthy audience members.

MUSIC BOX DIRECT
This streaming service platform for Music Box Films and Doppelgänger Releasing is dedicated to curating a diverse repertoire of films and television series from around the world.

And check out our staff picks this week! 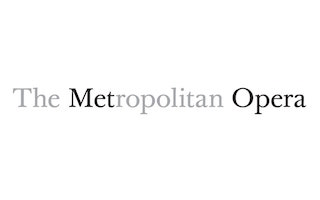 Nightly Opera Streams continue with a week of performances that show off opera at its most thrilling, thought-provoking, and up-lifting.

This new initiative is designed to continue to engage audiences in their homes during this period of confinement.

This bold and innovative reimagining of Charlotte Brontë’s masterpiece uncovers one woman’s fight for freedom and fulfilment on her own terms.

Streaming from 7pm on Thursday 9 April. Available until 16 April.

Streaming from 7pm on Thursday 16 April. Available until 23 April.

Where music is the food of love, and nobody is quite what they seem, anything proves possible in Shakespeare’s classic comedy. Featuring Tamsin Greig as Malvolia.

Other film and tv streaming resources